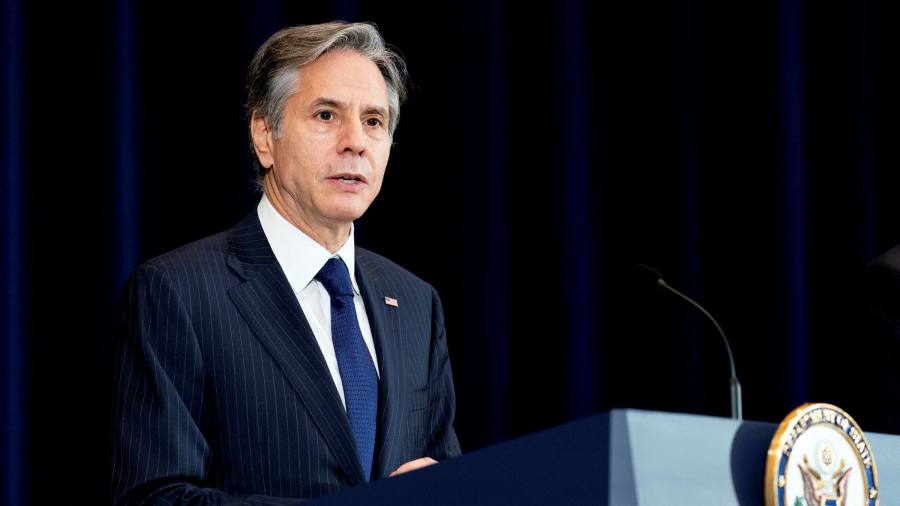 Antony Blinken, the US secretary of state, said France remained a “vital partner” in the Indo-Pacific region in an attempt to calm the fury in Paris over America’s new naval security pact with Australia and the UK.

The agreement announced this week by Joe Biden, the US president, Boris Johnson, the UK prime minister, and Scott Morrison, Australia’s prime minister, is seen as a landmark initiative to strengthen their defence co-operation in the face of a rising China.

But the deal faced a stinging backlash from France, whose own lucrative submarine contract and partnership with Australia was scrapped as a result of the new trilateral initiative.

Senior French officials have lashed out at the US for a “lack of coherence” in excluding France from the pact, bringing diplomatic relations between Washington and Paris to their lowest point of Biden’s presidency. US officials only discussed the pact with their French counterparts this week, on the day it was announced.

Speaking to reporters on Thursday, Blinken tried to ease French concerns that the new security agreement with Australia and the UK amounted to a betrayal or rejection of France and its role as a Pacific power.

“We co-operate incredibly closely with France on many shared priorities in the Indo-Pacific but also beyond around the world. We’re going to continue to do so. We place fundamental value on that relationship, on that partnership,” Blinken said.

He later added that there was “no regional divide separating the interests of our Atlantic and our Pacific partners”, stressing America’s desire for “close co-operation with Nato, with the EU and others in this endeavour”.

“France, in particular, is a vital partner on this and so many other issues, stretching back generations,” America’s top diplomat added.

Blinken was flanked during the press conference by Lloyd Austin, the US defence secretary, and their Australian counterparts. Austin said the agreement would strengthen what he called “integrated deterrence” in the region, in the face of “the increasingly contested security environment in the Indo-Pacific”.

Austin pointed to “China’s destabilising activities and Beijing’s efforts to coerce and intimidate other countries, contrary to established rules and norms”, adding: “While we seek a constructive, results-oriented relationship with [China], we will remain clear-eyed in our view of Beijing’s efforts to undermine the established international order.”

Earlier on Thursday Zhao Lijian, China’s foreign ministry spokesperson, accused Australia, the UK and the US of double standards and an “outdated cold war zero-sum mentality”.

The outrage in France over the deal highlights the difficulty for the US to unite all of its western allies around a more assertive approach to China on the security front, even though other EU countries are less invested and less sensitive to the new trilateral pact.

But France’s unhappiness was so palpable that it toned down celebrations for the 240th anniversary of the Battle of the Capes, a turning point in the American revolution, including the cancellation of a gala dinner at the French embassy in Washington.