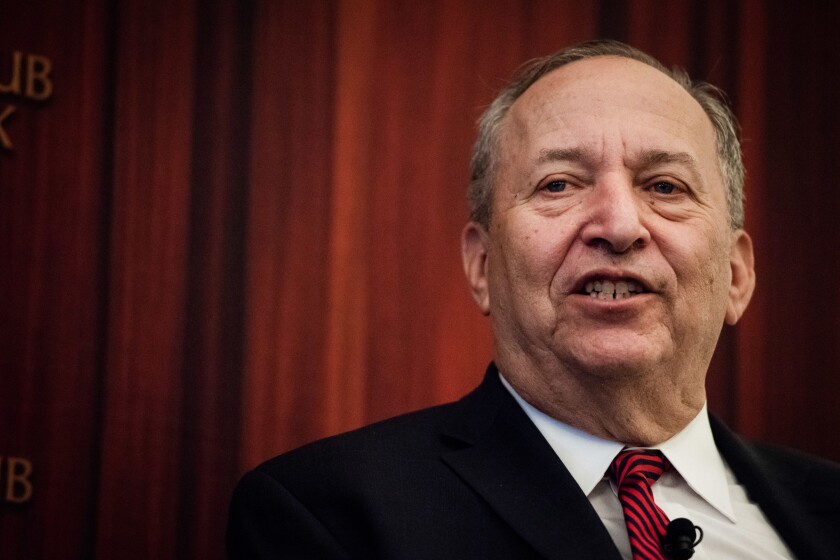 Former U.S. Treasury Secretary Lawrence Summers said Federal Reserve policy makers are signaling a “new era” in which they recognize the U.S. economy is overheating as inflation runs at its fastest in three decades.

“They know we do have an overheating economy,” he said. “The new problem is how do you land this economy softly.”

President Joe Biden on Monday nominated Powell to serve another four-year term at the Fed and elevated Brainard to become the central bank’s vice chair. Summers, a paid contributor to Bloomberg, praised the selections.

At the White House event on Monday, Powell said the Fed would seek “to prevent higher inflation from becoming entrenched.” Brainard said it was important to get “inflation down at a time when people are focused on their jobs and how far their paychecks will go.”

Summers has throughout the year been warning that monetary policy makers, including Powell, were ignoring the risk that a surge in inflation would prove long lasting if not tackled.

The Fed is “late to the party to recognize the overheating,” said Summers. “We’re looking at a challenge of slowing an overheating economy.”

Many Fed officials had argued that the inflation shock would prove “transitory” and indicated a willingness to let the economy run hotter than usual with the aim of boosting hiring. But policy makers decided this month to begin withdrawing their massive asset purchases. Some have subsequently said they may need to pull back even faster than the current pace of tapering. They have yet to announce a timeline for increasing interest rates, tying that decision to achieving maximum employment.

“The Fed very foolishly asserted that it wouldn’t ever start raising monetary policy until we’re at full employment,” said Summers. “They’re going to have to figure out how to maneuver in their framework.”

Government data on Wednesday showed that American consumers kept spending in October and that the number of people continuing to collect regular unemployment insurance dropped to the lowest level of the pandemic this month.