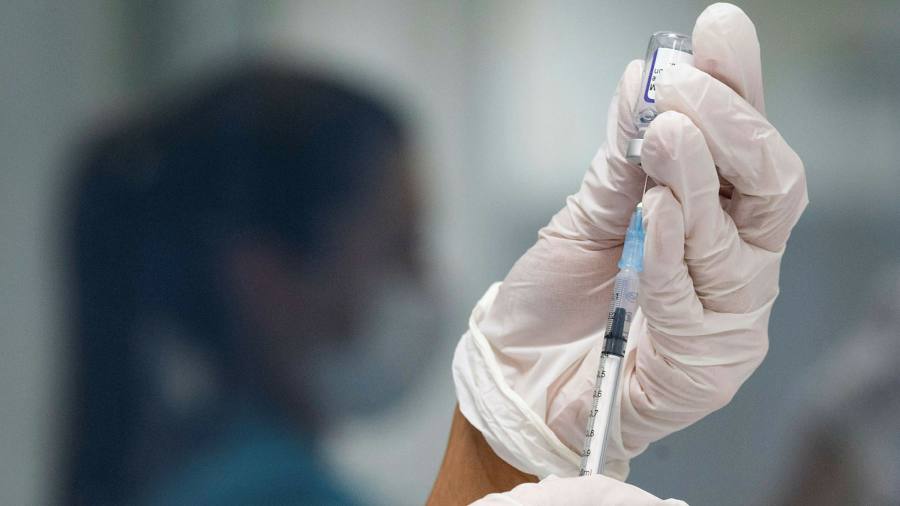 The UK will place six southern African countries back on its red list of travel restrictions, after an apparent surge in cases of a heavily mutated coronavirus variant caused alarm among global health officials.

Travellers returning from South Africa, Botswana, Namibia, Zimbabwe, Lesotho and Eswatini will be forced to quarantine for 10 days at a government facility from midday on Friday, government officials said.

Direct flights from the six countries will be temporarily banned until dedicated arrivals terminals and hotels are ready to accommodate travellers.

The rule change follows mounting concern by scientists over the B. 1.1.529 Sars-Cov-2 variant’s ability to evade the vaccines and transmit faster than the Delta variant. The strain, first identified in Botswana, is believed to be behind a resurgence in Covid cases in South Africa over the past week.

He said in a tweet that from noon tomorrow, “six African countries will be added to the red list, flights will be temporarily banned, and UK travellers must quarantine”.

The World Health Organization is holding an emergency meeting on Friday to discuss the new variant, where it is expected to designate the strain a “variant of interest”. Earlier on Thursday, Israel banned travellers coming from South Africa and neighbouring countries, Haaretz reported.

The variant has been described as the most concerning coronavirus variant that researchers have encountered. Unconfirmed data appear to show it is spreading faster than previously thought in South Africa, where the rate of tests yielding a positive result has jumped in recent weeks.

At least 59 cases of the variant, mainly originating in South Africa, have been genomically sequenced. But local health officials told the Financial Times that early PCR results indicated that 90 per cent of 1,100 new cases on Wednesday in the South African region of Gauteng, which includes Johannesburg, were caused by the new variant.

Tulio de Oliveira, the director of the Centre for Epidemic Response and Innovation in South Africa, told the Financial Times that he was “worried” about the strain.

De Oliveira said there were traits present in the new variant that had previously been associated with high transmissibility. “And the key question to be answered is what exactly is the effect on the vaccines,” he added.

Soumya Swaminathan, the chief scientist of the WHO, said the new variant had “a number of worrying mutations in the spike protein”. “Early analysis shows that this variant has a large number of mutations that require and will undergo further study,” the WHO said in a statement.

Professor Christina Pagel, a member of the Independent Sage group of science advisers, welcomed the UK government’s decision. “We’re currently ahead of [this variant] in the UK,” she said. “Acting now is our best chance of preventing importation while we find out more about it.”

Ewan Birney, deputy director-general of the European Molecular Biology Laboratory, called for international assistance for South Africa in its fight against the new strain. “The international community should get drugs and vaccines to South Africa as soon as possible,” Birney said.

South Africa and other countries in the region only came off the UK’s previous red list in October. Travel restrictions were first imposed on the region at the start of the year over the Beta variant, which was superseded by Delta.

The new red list is likely to dash South African hopes of salvaging this year’s summer tourism season, which is vital to the economy. South African business leaders and officials have long felt they are being punished for the country having relatively advanced genome surveillance capabilities.