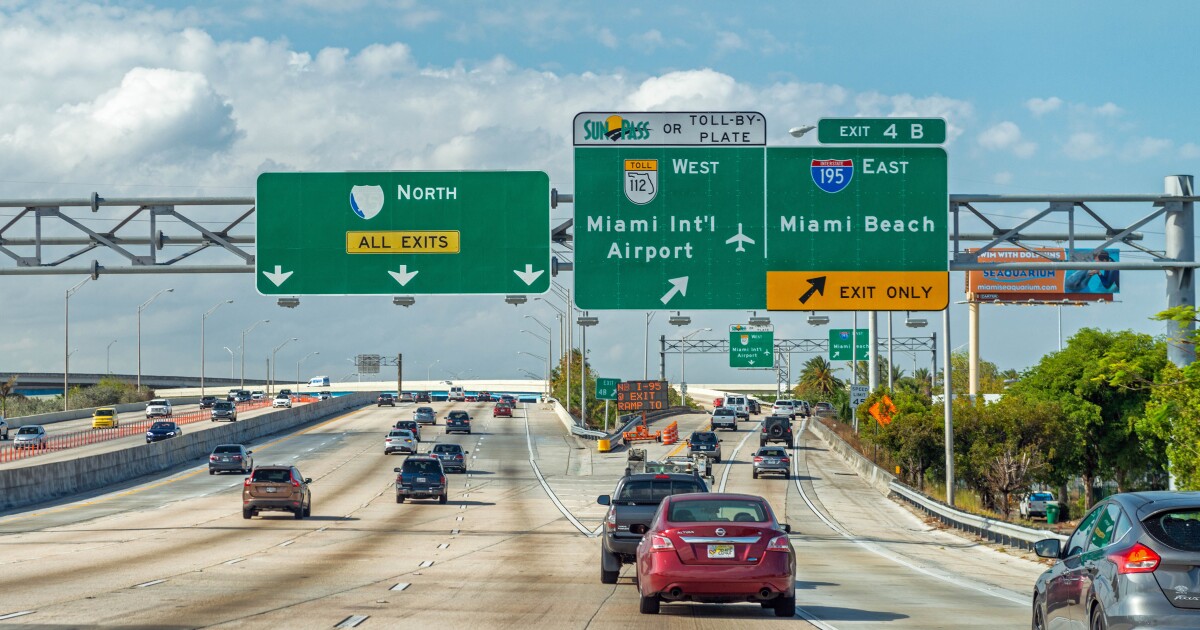 More than three years after Florida state lawmakers attempted to seize control of Miami-Dade County’s toll road system, the county’s voters weighed in with a big “no.”

By an almost four-to-one margin, the county’s voters on Nov. 8 approved a charter amendment that requires voter approval for the commissioners to transfer ownership or governing authority of Miami-Dade Expressway Authority, Miami International Airport or PortMiami.

State lawmakers in 2019 attempted to take control of the Miami-Dade Expressway Authority, known as MDX, through a state-controlled Greater Miami Expressway Agency.

While there is no indication that the state will attempt a takeover of the county’s airport or seaport, the charter amendment was seen as a preemptive attempt to forestall any such action, which has precedents elsewhere in the Southeast, where state lawmakers have attempted, without success, to gain control of airports in Charlotte and in Atlanta.

Miami-Dade voters also overwhelmingly approved a measure that amends the county charter to require an oath of office for mayor and county commissioners that requires they swear “they will support, protect and defend the Miami-Dade County Home Rule Charter and the government of Miami-Dade County.”

That measure passed with more than 81% of the vote, even more than the almost 80% approval for the airport, seaport and toll road measure.

Miami-Dade is the only county in Florida with a home rule charter that has been backed by the courts.

“The County Commission, which is the governing body, had been very exorcised about by the attempt by the Legislature to abolish MDX and replace it with a state agency,” Robert Poole, director of transportation policy and Searle Freedom Trust Transportation Fellow at the Reason Foundation, told The Bond Buyer.

“I thought it was a very positive step when the voters agreed with both of those ballot measures,” he said.

Poole used the occasion to argue for one of the Reason Foundation’s policy goals, airport privatization.

He said one way to keep county ownership of its airport asset would be to sign a long-term public-private partnership lease, in which the county would remain owner and regulator, but could no longer micromanage the airport.

The Reason Foundation in a 2021 study estimated net proceeds after bond payoffs from a P3 lease of Miami International Airport would be $2.6 billion.

“There a lot of things you could do there,” he said. “You could invest in more infrastructure. You could pay down some debt, so possibly your credit rating would improve. Or you could deal with the big chunk of your unfunded pension liability.”

The study said privatization could unlock $131 billion from 31 large and medium U.S. airports.

The tussle over control of the county expressway system is still unresolved, according to MDX’s annual comprehensive financial report published in December, with the state’s would-be agency appealing MDX’s most recent lower court victory.

The long fight has impacted the expressway system’s ratings; S&P Global Ratings, Moody’s Investors Service and Fitch Ratings all cited uncertainty and legislative intervention in downgrading the system to A, A3 and BBB-plus respectively, though Fitch and Moody’s revised their outlooks to stable from negative in the later months of 2022. S&P retains a negative outlook.

“Capital program funding remains uncertain and the liquidity profile is expected to decline, although to still strong levels, as the authority moves forward with ongoing projects,” Moody’s wrote.

“Uncertainty over whether MDX will continue in its current governance capacity or replaced pursuant to state actions taken to date are unique risks resulting in Fitch’s negative assessment of the authority’s governance structure,” the rating agency wrote in September when it elevated MDX’s outlook.

Miami-Dade County is no stranger to bond issuance for its transportation assets. Last week, the county came to market with a $534.81 million seaport revenue refunding bond deal.

Raymond James & Associates was lead manager. HilltopSecurities was the financial and Greenberg Traurig and Edwards & Feanny were co-bond counsel.

The bonds were rated A3 by Moody’s and A by Fitch. Both agencies maintain stable outlooks on the bonds, after Fitch revised the outlook to stable from negative in October.

Fitch said its October seaport outlook revision “reflects the port’s increased operating stability highlighted by the full resumption of cruise activity as well as continued robust revenue performance from cargo operations, which together with the demonstrated prudent financial and debt management through pandemic-related disruptions, should enable PortMiami to maintain stable metrics under Fitch’s rating case.”

Fitch also rates about $442.5 million of the seaport’s Series 2021B revenue bonds, which are backstopped by a county covenant to replenish deficiencies in the debt service reserve fund, AA-minus with a stable outlook.

Proceeds will be used to refund a portion of DOT’s outstanding Series 2013 SIP revenue bonds. The bonds were issued to finance various projects at Florida’s 15 seaports.

Kroll said the rating was upgraded because of the airport’s large and growing service area, anchored by the city of Miami, which is a vibrant center for tourism and trade.

S&P assigns an underlying A rating and positive outlook to the aviation revenue bonds, after a one-notch upgrade in August.

In December, S&P said that its view of the U.S. airport sector is now stable after an historic disruption during the pandemic.

Most airport ratings are now at the same level or higher than they were before the COVID-19 pandemic, as air travel accelerated and paved the way for a recovery in activity-based revenues and more predictable financial performance,” S&P said.

“Our view of the sector has changed to stable from positive, reflecting our opinion that demand has substantially recovered, which supports financial metrics and rating stability,” analyst Joe Pezzimenti said in the report.